It is my pleasure to welcome all of you to Society for Emergency Medicine India (SEMI) , WB State chapter website .

The great city of Kolkata, has been home to India’s renaissance, from Rammohan Roy to Tagore, from Swami Vivekananda to Netaji Subhash Chandra Bose. Our city was where the first medical college in all of Asia was established in 1835, and some of the greatest minds including Bidhan Chandra Roy, UN Brahmachari and Nil Ratan Sarkar have received their education here.

The oldest reference to the concept of emergency care can be dated back to the French Revolution in the late 18th century, where the speed and precision with which the French flying artillery manoeuvred across battlefields, inspired French military surgeon Dominic Jean Larrey who applied his thoughts and ideas to creating ambulances to help transport the sick and ailing with similar to speed to hospitals.

The first contemporary development in the field of emergency medicine came about during 1960s and 70s when groups of physicians began to emerge who had left their respective practices in order to devote their work completely to Emergency care.

In July 2009, as a consequence of and in recognition of the tireless efforts of many in this field, emergency medicine was recognized as a separate specialty by the Medical Council of India.

We are usually the first in-hospital providers to meet the sickest of the sick and have the biggest opportunity to make the most difference. Whether the patient lives to see the cardiologist, or the neurologist, or the trauma surgeon is usually up to us. 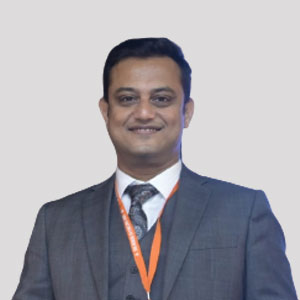 It is a proud moment for me to serve as the 10th President of SEMI of the Society of Emergency Medicine of India, with great ambition to take this science and art of Emergency medicine beyond the present horizon.

Even in the 21st century, expert emergency medical care in India is restricted to cities & metropolises alone. Most Indian citizens still live in the rural areas, and they are deprived of even primary emergency medical care. I wish to add further impetus towards strengthening the scope & availability of emergency medical care to every patient across the country, by emphasizing the availability of EM trained doctors & paramedic staff to all the concerned authorities (Govt, Local Trusts, Medical colleges & all private health facilities). Therefore, there is an urgent need of quickly training and certifying a large number of doctors & allied staff in the field of EM.

Over the years, SEMI has highlighted the importance, contribution, and impact of the Emergency Medicine team’s role in significantly improving the outcomes, including survival chance of trauma, accident & medical emergency patients. We must ensure every hospital has an emergency team.

To my young colleagues in the field of EM – I urge you to feel proud and give your best every moment, whether anyone appreciates your work or not, as your most incredible reward is the feeling that you make the most tremendous impact on the survival of the seriously ill patients every day, more than any other specialist in the field of modern medical science. That’s a true honor.

Wish you all a happy and prosperous New Year 2019.

This is a great opportunity for me in my life to lead SEMI, the oldest and strongest body, which has identified the importance of Emergency Medicine specialty and initiated formation of society in 1999. SEMI is continuously working on Training, Education, Recognition, Research and Service regards to the emergency medicine specialty. I proudly say that I am a Lifetime Member of Society for Emergency Medicine India (SEMI).

Today, emergency medicine is the trending specialty which has acquired utmost importance across India, both in urban and sub-urban regions. Receiving timely emergency care – is right of every patient. SEMI has the vision to promote highest standards in the diagnosis and management of acute and critical aspects of illness and injury affecting patients of all age groups. 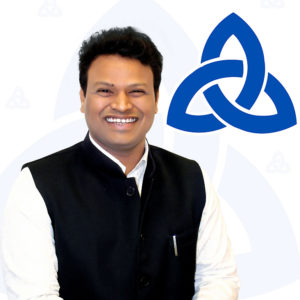 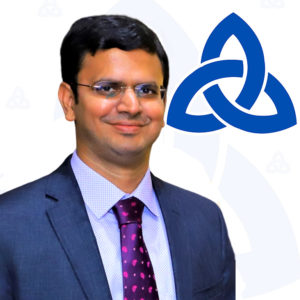 Emergency Care and Emergency Medicine play a vital role in the health care system . The initial management and resuscitation of the patient makes the difference between life and death. Emergency Medicine has crossed its nascent stage and growing rapidly across the globe as separate speciality. It has expanded in India immensely under SEMI leadership . In eastern India the growth in last decade is extraordinary. Almost all corporate hospitals are having Emergency Medicine as separate speciality . Initiatives are taken to reach this service even in rural areas of our country. In West Bengal in last 2 year the growth of SEMI is extraordinary. SEMI WB has been able to reach the common people of the rural areas and various government medical colleges across the state. SEMI WB stood behind those who are devastated by AMPHAN by organising medical camp and distributing food and hygiene bucket and Tarpaulin. But we still have a long way to go. Let’s work united to uphold SEMI Banner.